Ladakh : The Land of High Passes: 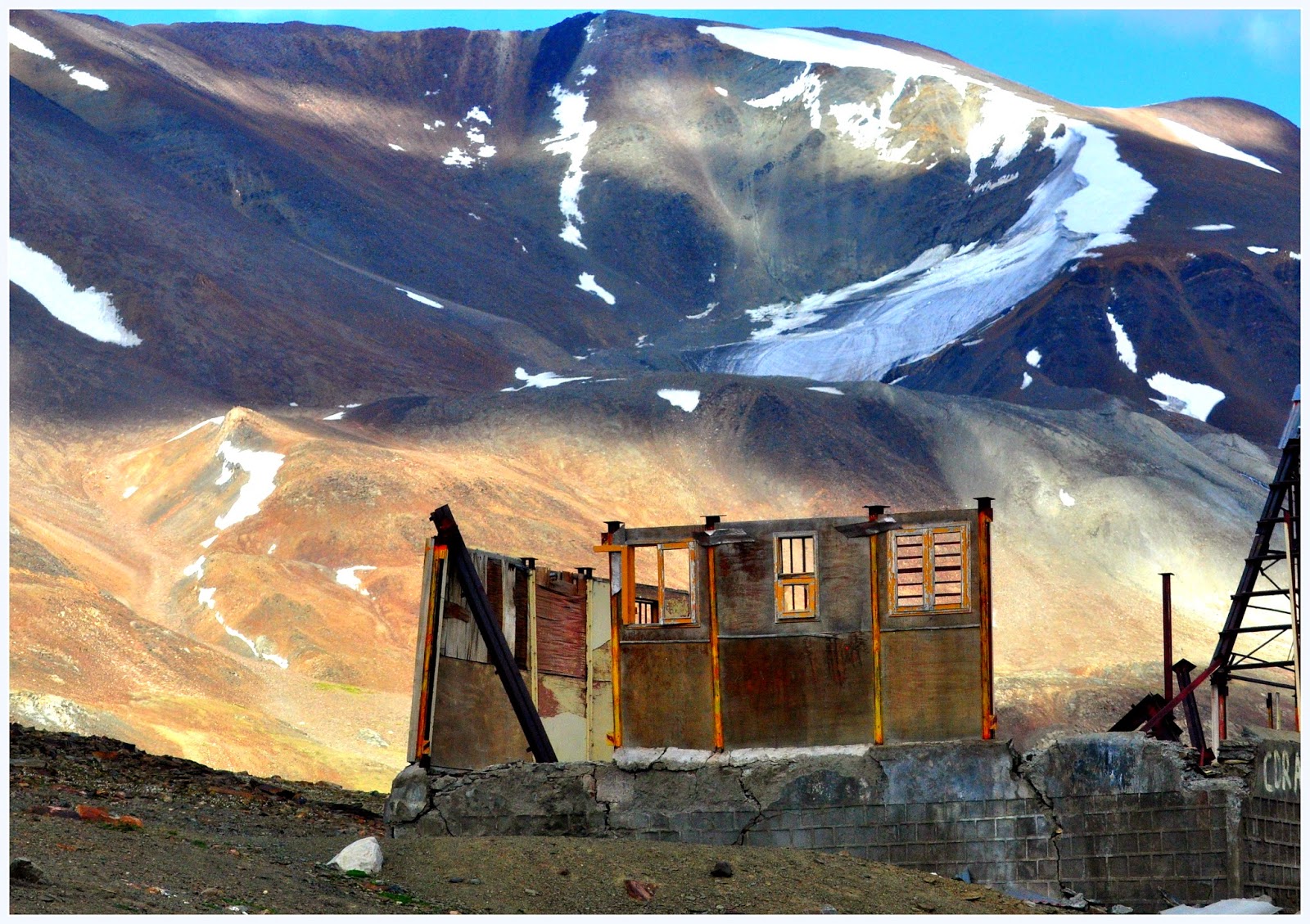 A person might travel to many places in his life - some places so pure and beautiful that they will take his breath away, like Radhanagar beach in Havelock Islands (Andaman), or Waterfalls so big and majestic that you truly fear the strength of nature, like Jog Falls (Karnataka), or jungles so dense and mysterious, that you are bound to believe in the supernatural, like Dhikala in Jim Corbett National Park, or a place which marvels in its simplicity and will bring you closer to mother Earth, like the Thar Desert in Rajasthan. However there are but few places on earth, which will put you face to face with your own self, like Ladakh will, and that is the reason why everyone has a unique experience visiting Ladakh. Once you have lived and passed through these high passes, you will not only have more respect for those who live in these region, but also have a perspective about your own life which often gets lost between latest phone models and the biggest Bollywood release.

Set between the Kunlun Mountain range in North and the Great Himalayas in South, Ladakh is the highest plateau of the state of Jammu & Kashmir. A life on a mountain range is always tough, because many things which we take for granted on the plains, such as water, fertile soil, ease of transportation and predictable weather, are not so common up on these ranges. However Ladakh being a cold desert, makes living on these mountains truly a task for the brave hearts.

We started on our journey from Mumbai. We took a flight to Chandigarh and then took an overnight bus to Manali. We spent a day in Manali visiting the Hidimba temple and lazing by the river Beas, and left for Sarchu next day morning. Journey from Manali to Leh takes 2 to 3 days depending on how much you want to exert yourself. Those who want to spend 3 days can halt at Keylong on 1st night, and in Sarchu on 2nd. While the total distance is around 500 Km, the roads fairly tricky at parts and not in great conditions all across, which makes long driving hours quite difficult. Having said that, this 2 day journey from Manali to Leh is probably one of the best journeys in this trip. As you start from Manali, by the time you cross Rohtang Pass, you notice that the plush green mountains have suddenly turned barren and less green. As the journey advances the barrenness only increases, however these black and brown mountains pose an amazing contrast against the deep blue sky. You should watch out for the Altitude sickness as you advance on this journey. Make it a point to drink 4 litre of water every day. Water keeps the body hydrated and saves you from more severe signs of altitude sickness.
The staple food which you will find in most of the roadside shops will constitute of Maggi, Veg Thupka and a ginger-honey lemon tea. Most of the shops serve veg Indian dishes as well.
Sarchu is where we halted for the night. It is said to be at a height of 15,000 ft which is higher than entire Europe. Here there were only temporary tents as accommodation. Camped in the middle of hills, our camping site offered a spectacular view of the night sky. If you can brave the cold wind at night, this sight of the night sky is something which you will carry in your memory for a long time.
Next day, we crossed some of the highest passes in Ladakh - Lachulung La and Tanglang La. Though the second day is more tiring, it also provides more variety in terms of view. Sarchu is almost at the border of HImachal Pradesh, and once you have crossed Sarchu, you know you have entered J&K. Roads are in fact much better once you cross Pang. We reached Leh around 6 pm in the evening. 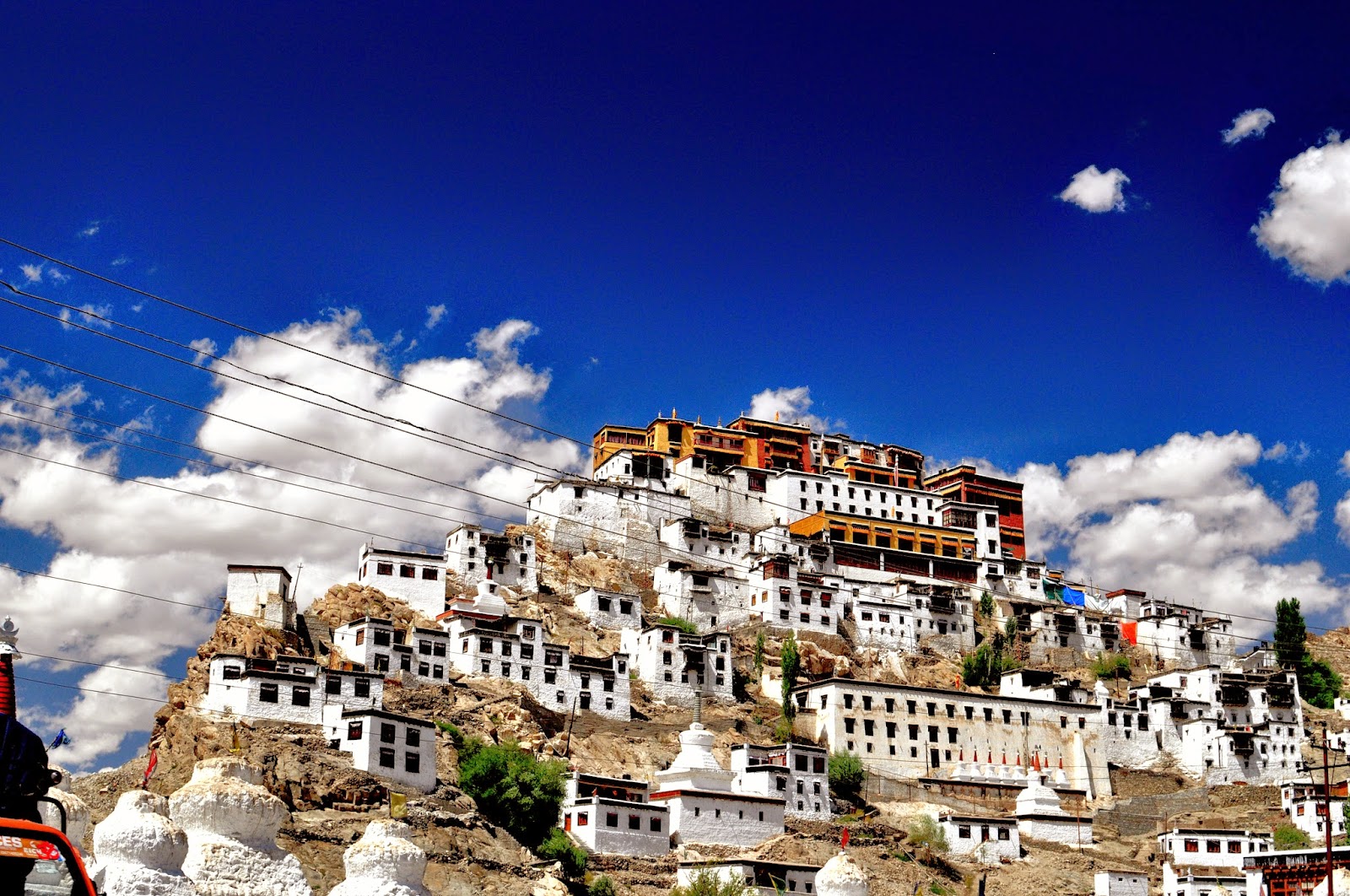 Next day we spent going around the city of Leh. There are couple of notable monasteries - Thiksey and Alchi Choskor monastery, along with royal palace and the Hall of Fame to commemorate the heroes of Kargil War. We also spent some time around the main market area as it provided amazing options not only for shopping but also for eating. There are many cafes and restaurants in this area which serve a wide range of international and national cuisine.

We had kept only 1 day to visit Pangong Lake, however if you have time, you should plan for a night halt near the lake. There are a number of temporary camp sites near the area. Pangong lake probably peaked in its popularity because of the closing scene of the movie 3 Idiots, which was shot there. I must say, many places don't live up to the hype created by such movies, but Pangong Lake is not one such place. The view of this huge lake partly in India and partly in Tibet, is truly breathtaking. The ice cold water is so pure and still that you can actually see the sky's reflection in it. The time flies when you are sitting next to this lake, and before long we realized we had to return back to Leh. The to and fro jouney from Leh to Pangong lake takes around 8 to 9 hours in totality. 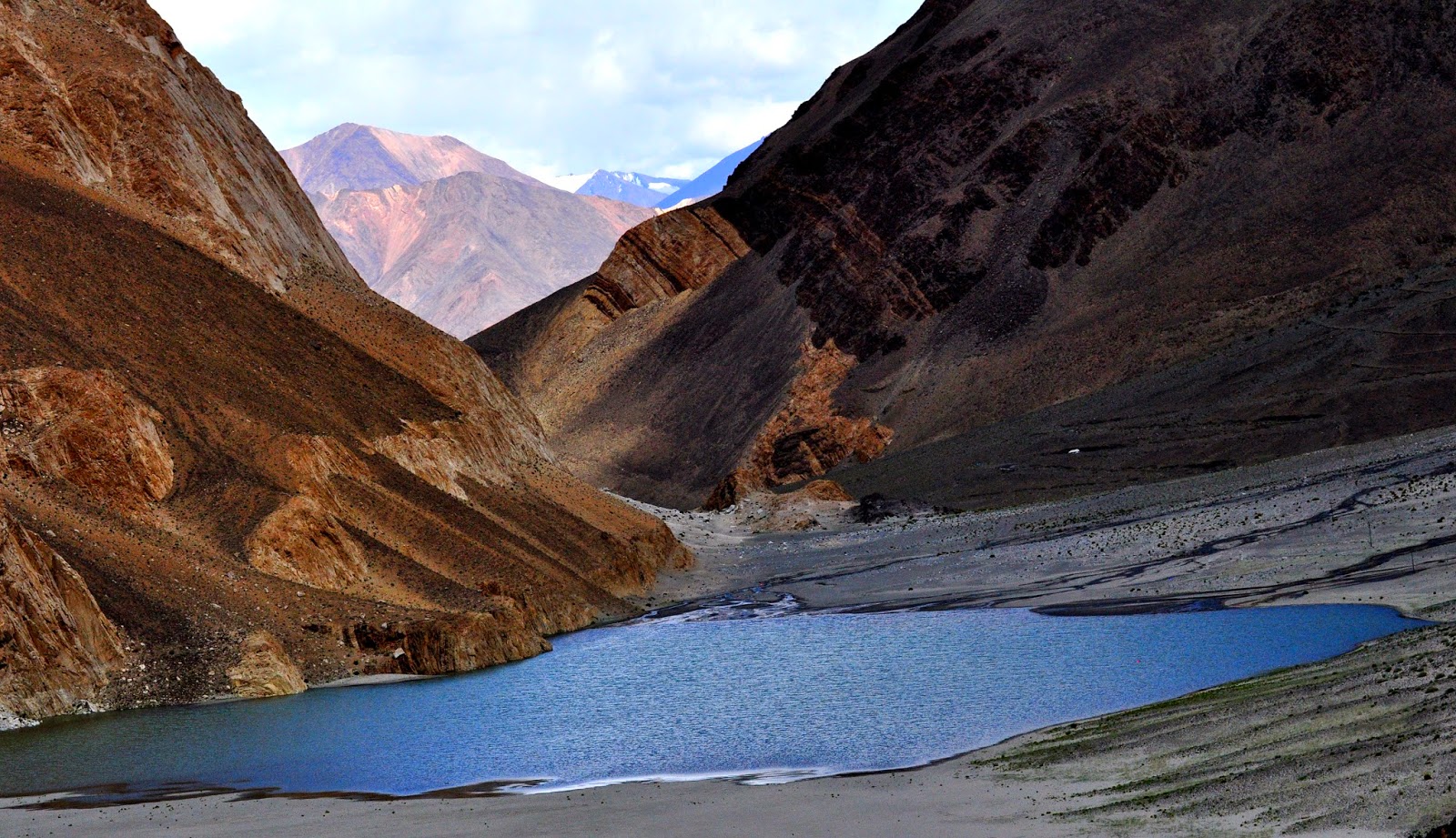 The day after we kept relatively light. We decided to celebrate the Independence Day on the Khardungla Pass, which is widely considered as the highest motor-able road in this world. While many dispute this claim, what is truly undeniable is the feeling that you get when you reach the pass, and find several more Indians who have driven, cycled or trekked to reach this pass and celebrate the Independence Day. Given the high altitude its advised not to spend more than 30 minutes at this pass. This also puts in perspective what kind of harsh climate our jawaans face on such mountain range, as go about protecting this nation. Freedom is something which often take for granted, and for once our daily fights to get the window seat in buses and trains, or catching the light at a traffic signal which seems like the biggest struggle of our lives looked so meaningless and trivial.

The day after, we went for river rafting on the Zanskar river. We took almost 2 hours to cross around 28 Km of Zanskar river to reach the Zanskar- Indus confluence. The river has many grade 2 and 3 rapids, however what it will test the most is your will to paddle in this ice cold water. The river has an excellent view of the mountains surrounding it. On the way back to Leh, you will also come across the Magnetic hill. If a car is brought to halt on this hill, because of certain magnetic properties of the location, it is pushed up hill all by itself.

Coming back to life: 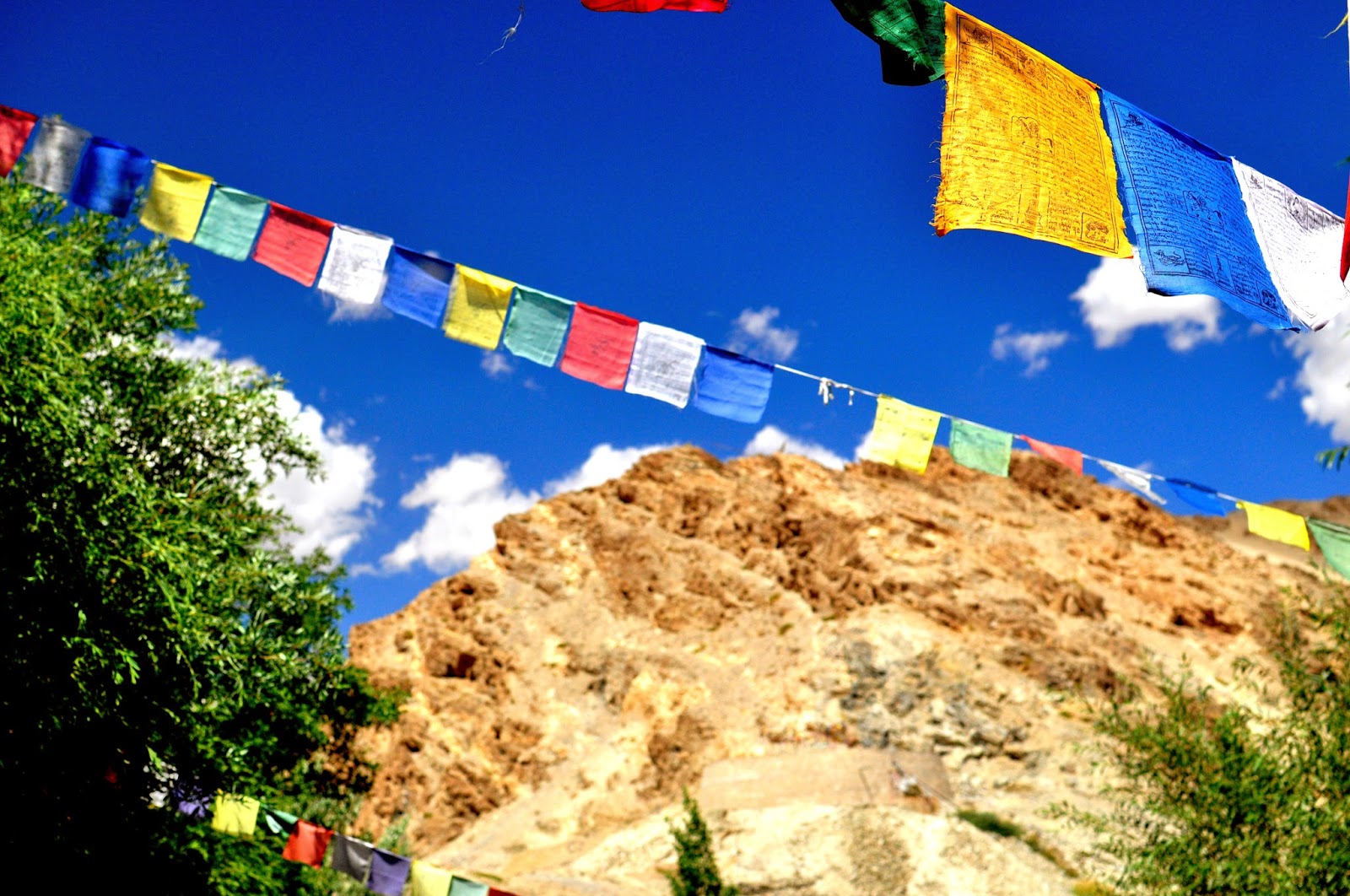 We took our flight from Leh to Mumbai the next day. As we stood at the check in area in the airport, we were wondering if we have seen everything. Definitely not! We ddin't see the double humped camel of Nubra Valley or picturesque roads across the Kargil and Drass sectors. There is so much Ladakh has to offer, that covering it all in one trip is just not possible. And even when you have seen all, the question remains - have you experience it all ? You look at those bikers, cyclist and trekkers of all ages and nationalities and you know each is taking back a different story home. So its probably never truly possible to capture Ladakh in entirety, but I know for a fact that once you have experienced a part of this place, it stays with you forever !
Posted by Unknown at 9:36 AM No comments: